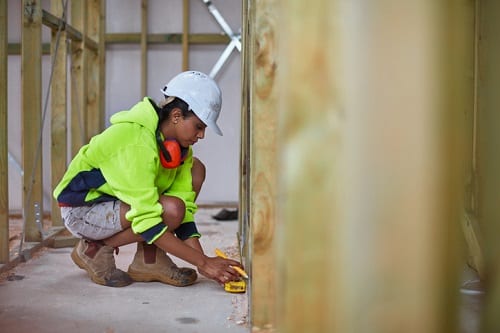 The National Association of Realtors released their April 2019 report, which projects that housing starts will increase from 1.362 million in 2018 to 2 million by 2028, based on data surrounding job growth in building construction and the impact of construction jobs on housing starts.

Compared to the level one year ago, there was job growth in 47 states, and the job growth in Washington, Arizona, Colorado, Texas, Florida, Georgia, and New York outpaced the national average.

The net payroll increase of 2.5 million payroll jobs in almost all industries translates to an annual demand of 1.25 million housing units.

The question then becomes whether or not construction is on track to meet that demand.

On the face of it, yes – construction jobs rose by 239,000, while real estate, rental, and leasing jobs increased by 28,000. But, the report finds, residential construction employment in particular is still below its pre-recession peak.

“As of March 2019, there were 550,000 fewer people employed in residential building construction and specialty trades (2.9 million) compared to the peak levels during the housing market boom (3.45 million) based on Bureau of Labor Statistics nonfarm employment data. Lack of construction labor has constrained the building of new homes, according to many home builders,” the report said. …