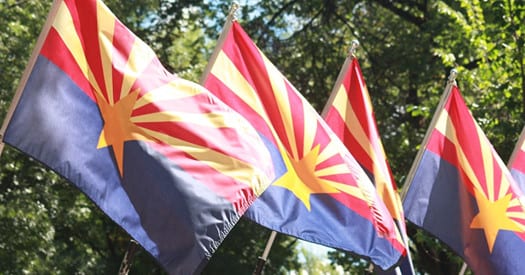 Arizona was recently ranked third in the nation for economic momentum by State Policy Reports, which is a two-spot improvement from last year.

State Policy Reports is issued semi-monthly by Federal Funds Information, which analyzes the impact of federal activity in an effort to assist states in managing their federal funds.

The momentum is based on the state’s growth of personal income, employment and population, according to the report.

“Personal income, employment and population growth–the way it works is that they’re all interrelated. We’re a state that is very attractive to individuals when our economy is healthy,” said Jim Rounds, Rounds Consulting Group president.

As Arizona grows and more jobs become available, many of the state’s developments produce high-paying jobs.

“Now we’re starting to attract a new type of job, which is the higher wage jobs and that creates additional ripple effects in the economy that helps everybody. So, when you’re attracting the higher wage jobs you start to see better growth in personal income,” Rounds said.

The universities and other research efforts contribute to Arizona’s creation of high-paying job opportunities. …